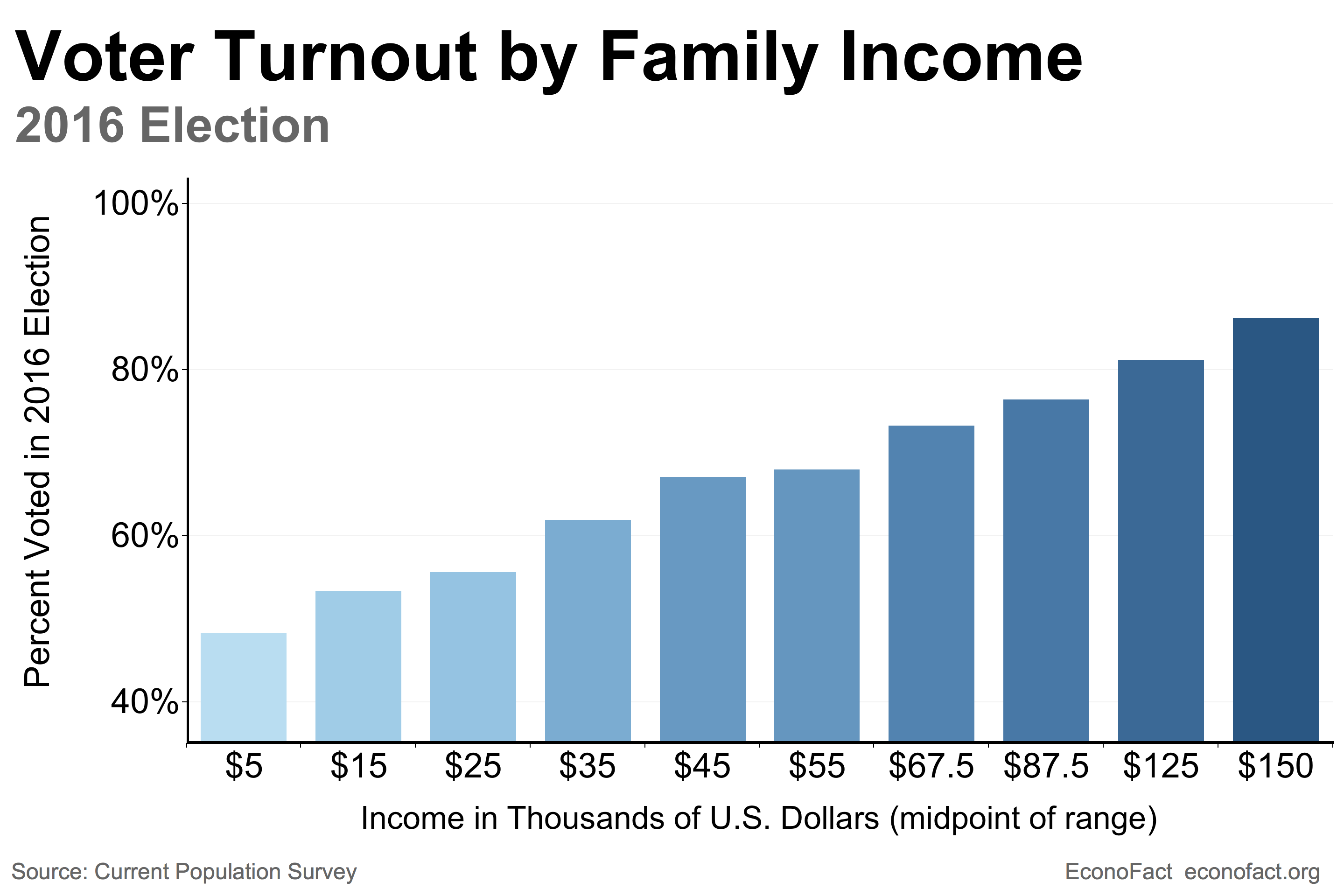 Voter turnout in the United States is vastly unequal: richer people are more likely to vote than poorer people. If the poor are less likely to vote then they have a lower probability of having their interests and preferences reflected in public policy. While the association between higher family incomes and greater voter turnout is well documented, the reason for this relationship is not fully understood. Understanding what drives the relationship between higher incomes and voting could help address this form of political inequality and, more generally, provide insight into how to increase political participation in the democratic process.

Understanding what drives the relationship between higher incomes and voting could help address this form of political inequality.

Democracy is predicated on open elections and individual voter participation. But the percentage of people who vote in the United States is low by international standards. Furthermore, voting rates are unevenly distributed across socioeconomic groups, with much lower voting rates among the poor. We find that a cash transfer program that increases household incomes has a positive effect on the voting behaviors of children from the poorest households. This suggests that income augmentation programs that help children may have other indirect (and long-term) benefits to society in the form of increased political participation and civic engagement as adults. There may be more reasons to champion existing programs and policies aimed at reducing child poverty – not only will they reduce current disparities, they may play a role in ensuring the future electorate will be more representative as well.

Big-Tech and the Resurgence of Antitrust
by Lynne Pepall and Dan Richards
Written by The EconoFact Network. To contact with any questions or comments, please email [email protected].
﻿
Stay in the know
Sign up to get the latest memos, alerts on new podcasts, and analyses from top economists straight to your inbox.