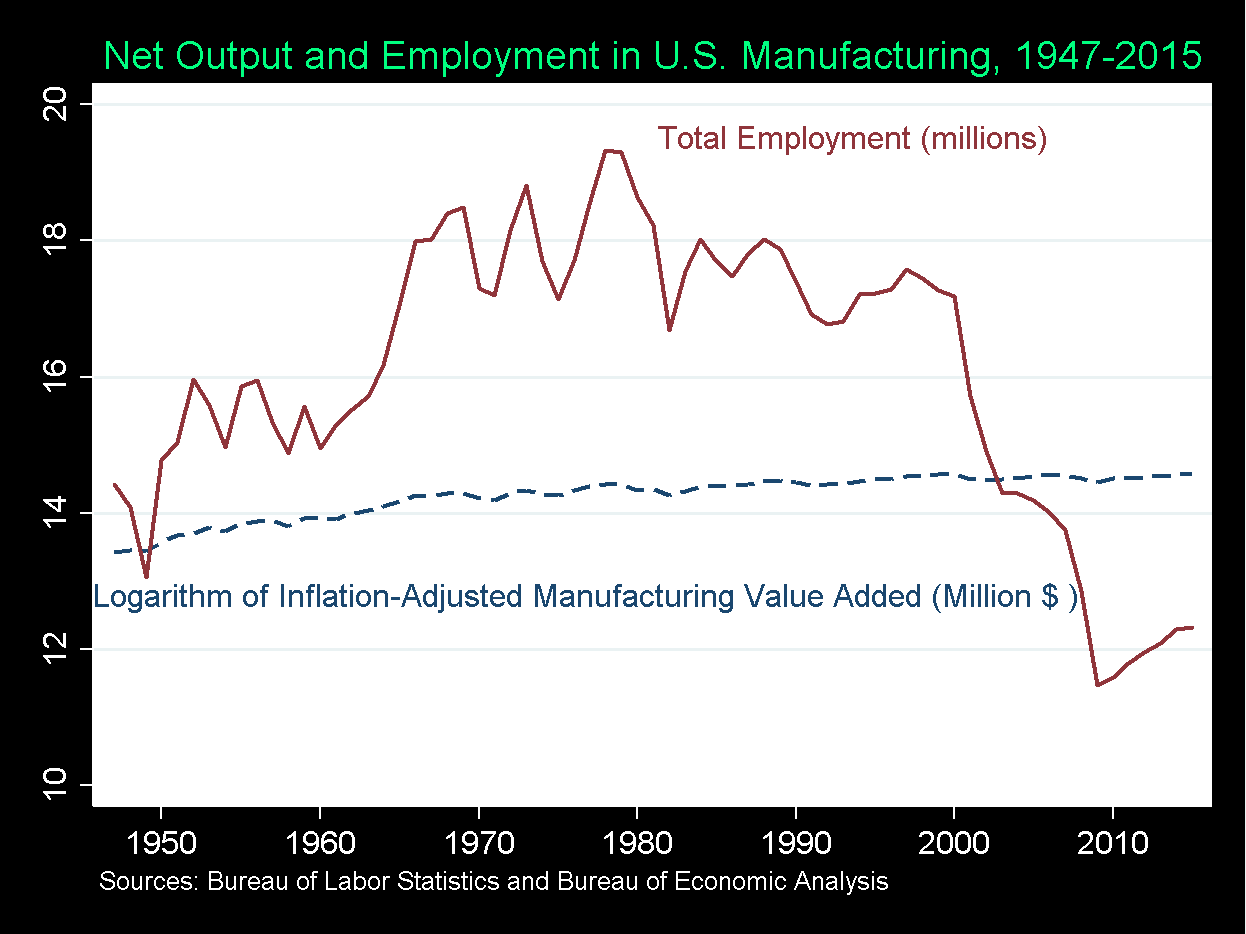 President Trump has made bringing back manufacturing jobs a central part of his campaign. He is focused on convincing companies to stay in the U.S. through a mix of carrots (tax breaks) and sticks (threatening import tariffs on companies that ship jobs overseas).

The claim that the President can bring back manufacturing jobs ignores an important reality – as an industry, U.S. manufacturing is booming.

Automation is a long-run problem that demands a long-run solution. Convincing manufacturing companies to keep — or bring back — jobs, one company at a time, is not going to restore the millions of jobs that have been lost to technological change. We must reorient educational institutions and job training around “human” skills that are difficult to automate. These skills include creativity, complex problem-solving, and the ability to work with others in fluid, team-based settings.

Employment / Manufacturing / Technology / Trade
Written by The EconoFact Network. To contact with any questions or comments, please email [email protected].
﻿
Stay in the know
Sign up to get the latest memos, alerts on new podcasts, and analyses from top economists straight to your inbox.