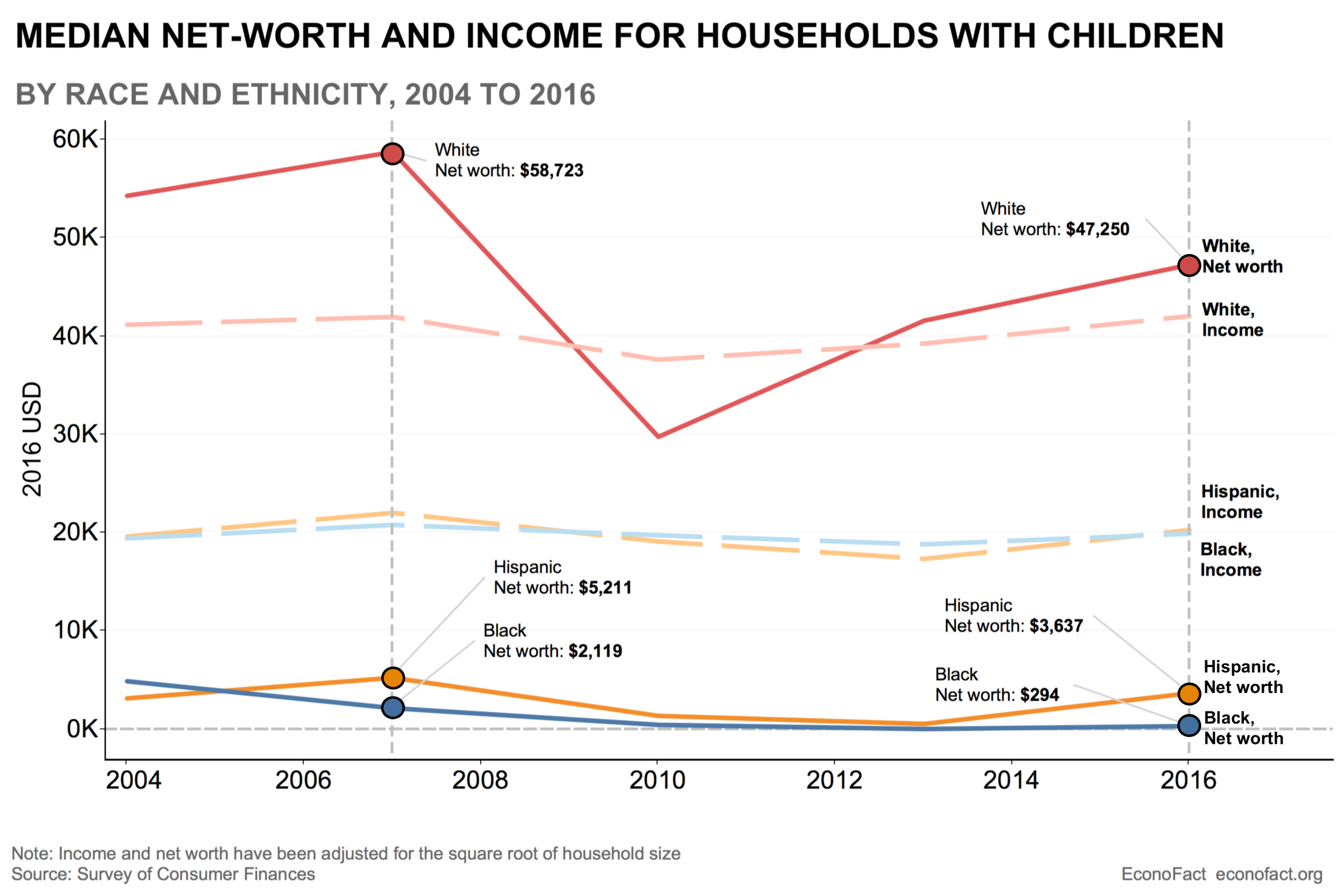 The stability in racial income gaps — which are large, but have not changed much — compared to the increase in Black-white wealth gaps underscores the distinctiveness of wealth inequality. It also suggests the need for policy solutions that specifically target wealth. For example, policy makers should consider targeting discrimination in housing and mortgage markets, reducing racial residential segregation, and addressing inequalities in financing higher education. Given low levels of intergenerational wealth mobility and the importance of wealth in educational attainment, the wealth fragility of today’s Black families with children will likely impede social mobility for generations to come. In addition, given the Great Recession's dramatic and unequal impact on family wealth, particular attention should be placed on the effect that the current COVID-related economic downturn could have on increasing racial wealth inequality. Policies addressing the economic impacts of the COVID crisis should not only help families recover lost income but also aid them in building or at least maintaining their wealth. Children’s wellbeing, educational attainment, and future opportunities depend on it.

The Unequal Impact of COVID-19 on Children’s Economic Vulnerability
by Anna Bokun, Jessie Himmelstern, Wonjeong Jeong, Ann Meier, Kelly Musick and Rob Warren
Written by The EconoFact Network. To contact with any questions or comments, please email [email protected].
﻿
Stay in the know
Sign up to get the latest memos, alerts on new podcasts, and analyses from top economists straight to your inbox.