Immigrant Deportations During the Trump Administration 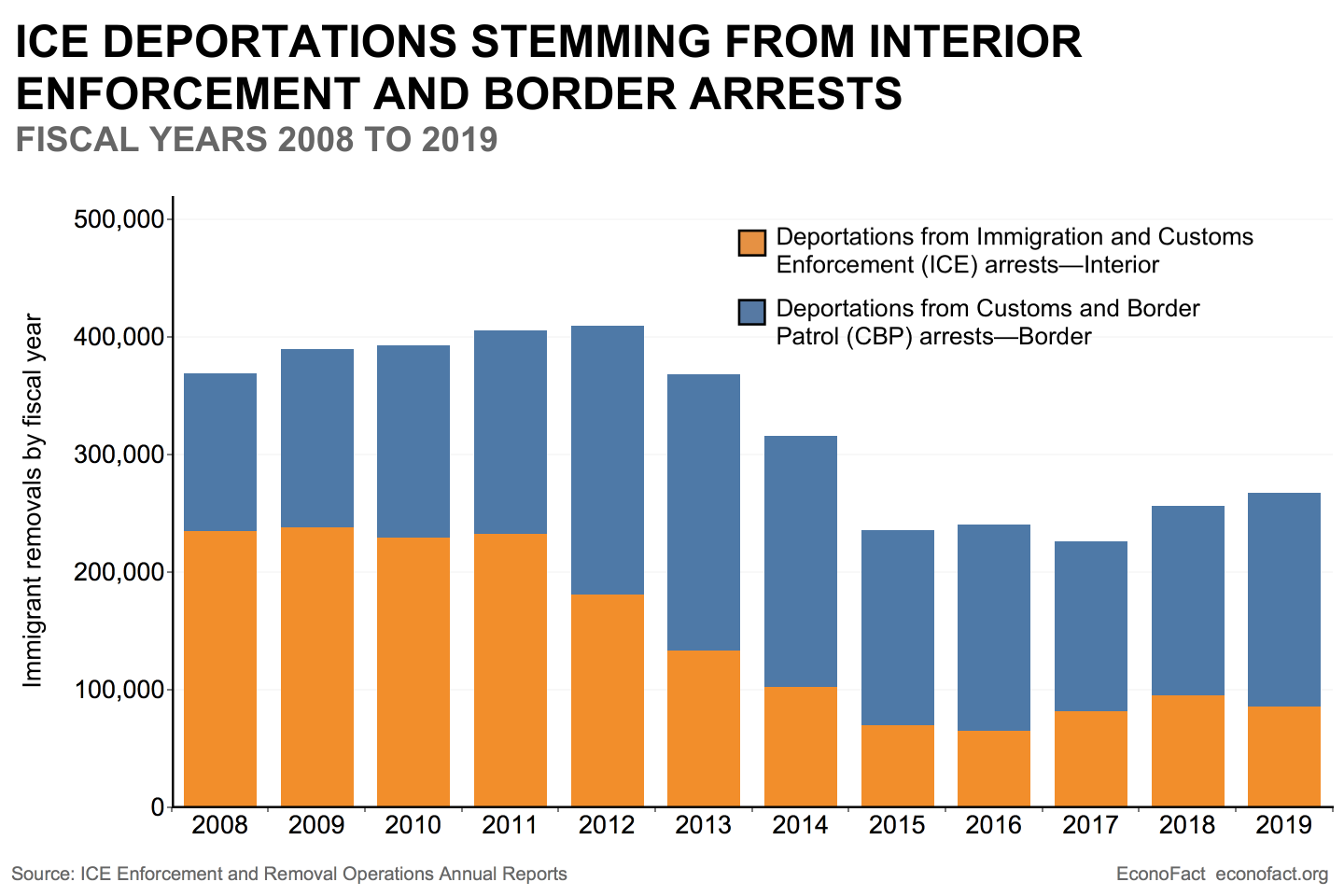 Increased immigration enforcement was a stated policy goal of the Trump administration. Over the course of four years, myriad policy changes ranging from less-noted technical adjustments to over 400 executive actions on immigration changed the way, among other things, of how interior enforcement was conducted. What was the effect on immigrants living in the United States without authorization? The statistics available to date suggest that interior arrests and deportations did ramp up, but fell far short of returning to the levels at the end of the George W. Bush administration and early Obama years. Though comparatively modest in its enforcement statistics, the Trump-era approach to immigration enforcement was characterized by less focus on immigrants with criminal histories and increased use of detention.

Relative to the late Bush and early Obama eras, the Trump administration removed a modest number of immigrants from the nation’s interior. While many people may assume that annual deportation figures refer to the removal of unauthorized immigrants living and working in the United States, in reality these numbers combine interior deportations with actions at the border — such as when asylum seekers turn themselves in to authorities or individuals are captured while attempting to cross the border without authorization. It is important to break down deportation statistics in order to get a clearer understanding of immigration enforcement inside the country. Relative to the late Bush and early Obama eras, the Trump administration removed a modest number of immigrants from the nation’s interior. Instead, the administration increased the visibility and unpredictability of enforcement activity directed at unauthorized individuals living within the U.S. and expanded the use of detention as part of immigration enforcement.

Can Taxes Improve our Health and our Planet?

Can Taxes Improve our Health and our Planet?
by Emma Neely
Written by The EconoFact Network. To contact with any questions or comments, please email [email protected].
﻿
Stay in the know
Sign up to get the latest memos, alerts on new podcasts, and analyses from top economists straight to your inbox.