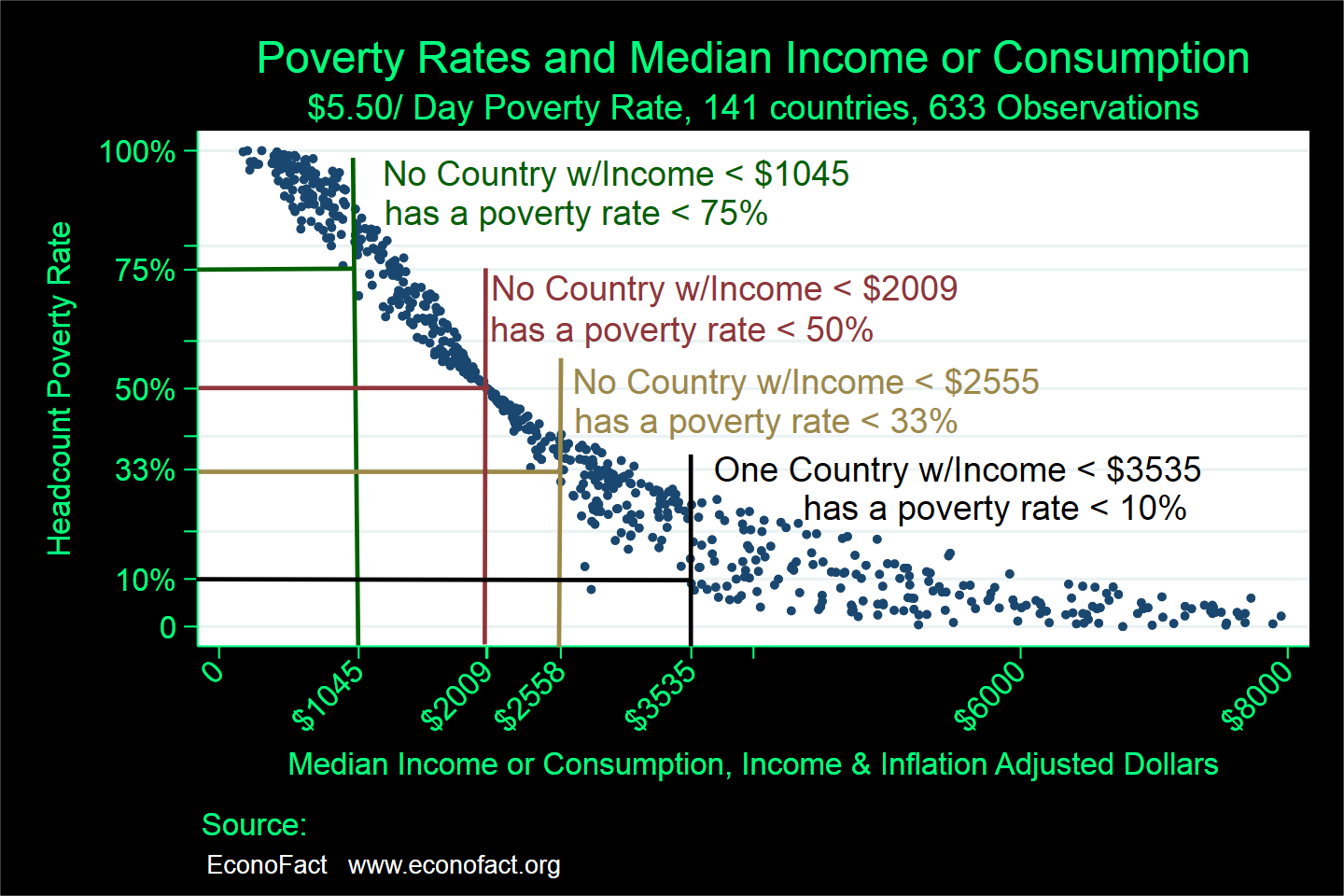 Reducing poverty in developing countries has been a longstanding and central concern of development economics. Over the past two decades, there has been a noticeable shift in the approach taken by development economists to address this question. Researchers have increasingly focused their efforts on randomized controlled trials — an experimental approach commonly used in medical research — to determine the effectiveness of anti-poverty programs and interventions. This shift was highlighted by the 2019 Nobel Prize in Economics awarded to Abhijit Banerjee, Esther Duflo and Michael Kremer, which recognized their work for breaking down the issue of fighting global poverty into "smaller, more manageable, questions – for example, the most effective interventions for improving educational outcomes or child health." One question that remains, though, is how much overall reduction in the poverty rate one can expect from projects, programs or policy interventions that raise the well-being of those in absolute poverty at a given level of income, versus how much poverty reduction comes from broad-based economic growth.

1.1 Billion people have been lifted out of extreme poverty in the last 25 years. Broad-based growth is the most important source of poverty reduction.

Broad-based growth, defined as the process that raises median income, is far and away the most important source of poverty reduction. There is no instance of a country achieving a headcount poverty rate below 1/3 of its population (at moderate poverty line of $5.50) without achieving the median consumption of that of Mexico. This is not to say that there do not exist anti-poverty programs that are cost-effective and hence should be expanded, or, conversely, that there are anti-poverty programs that are not cost-effective (or even have zero impact on poverty) and should be cut back or eliminated. Analyses of these types of programs would enable a more efficient use of resources devoted to poverty reduction. But large and sustained improvements in global poverty will almost certainly have to focus on how to raise the productivity of the typical person in a poor country, which is a key source of national income growth.

Government Budget Deficits and Economic Growth (UPDATE)
by Michael Klein
Written by The EconoFact Network. To contact with any questions or comments, please email [email protected].
﻿
Stay in the know
Sign up to get the latest memos, alerts on new podcasts, and analyses from top economists straight to your inbox.