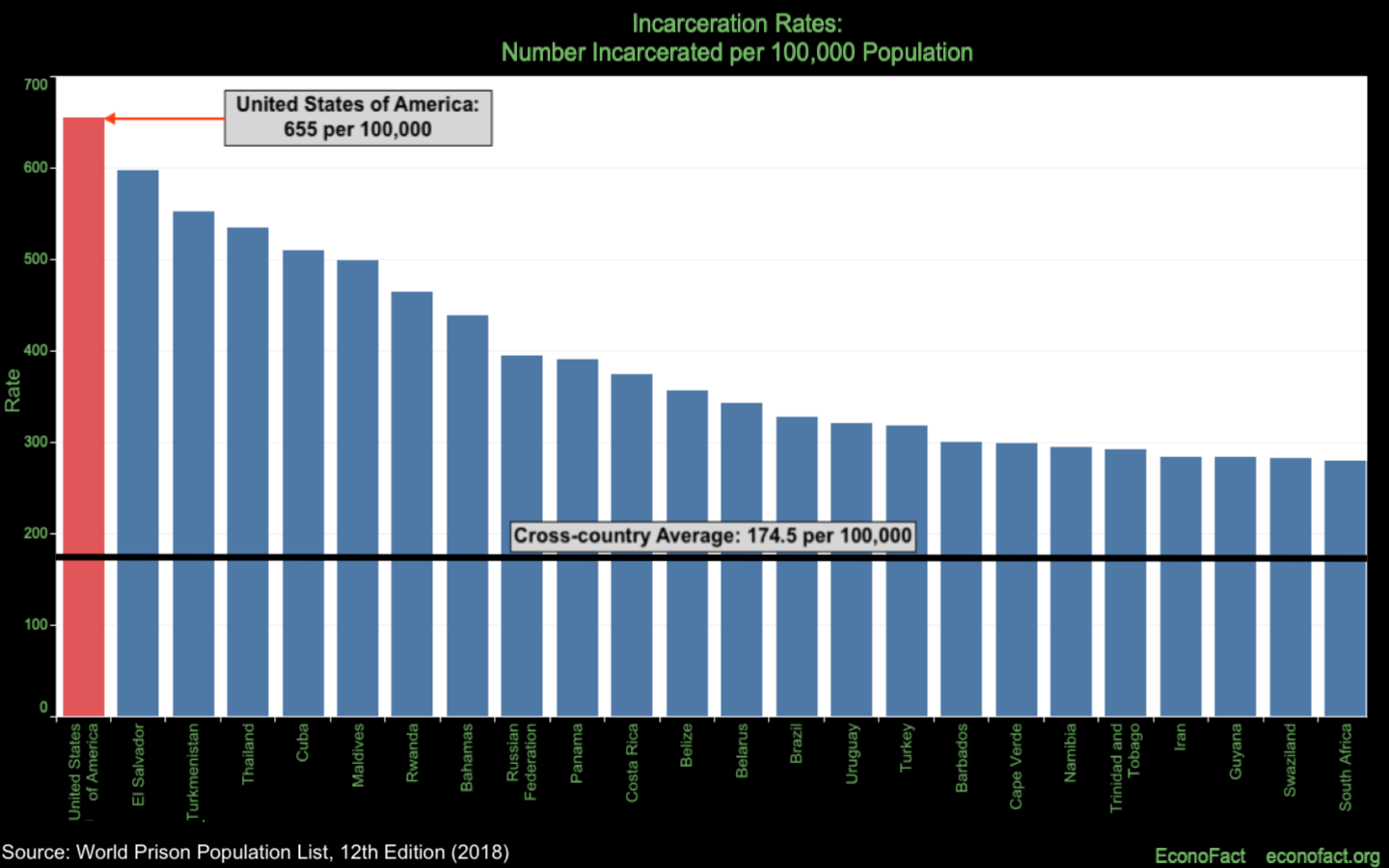 (Click here for a larger version of the graph.)

When it comes to putting people behind bars, the United States is an outlier: The share of the population that is incarcerated is higher by far in the U.S. than in most other countries. Maintaining this high rate of incarceration comes at a high cost to taxpayers, as well as to those who go through the system and their families. While there have been bipartisan shows of support for prison reform over the past several years, the issue has been stalled. The "First Step Act" represents a new opportunity to address criminal justice reform. Academic research supports the notion that the legislation could reduce the government and societal costs related to over-incarceration and is unlikely to increase crime rates.

The bill affects the federal prison population, which represents about 8 percent of the individuals incarcerated in the United States.

The case is mounting for fair-minded and common-sense reforms to the overly punitive and expensive system of incarceration in the United States. A growing body of economic research supports the bipartisan case for prison reform, through developing sensible and proportional sanctions and investing in rehabilitation for offenders. The “First Step Act” represents a positive move in this direction. The legislation includes several measures that reduce sentences for incarcerated individuals who are deemed low-risk, and aim to reduce reoffending through incentivizing rehabilitation. These measures are unlikely to have adverse effects on crime; instead, these policy changes will aid in reducing costly over-incarceration in the federal prison system.

Crime and Criminal Justice
Read next

What Tools Does the U.S. Have to Combat the Next Recession? (VIDEO)
by Karen Dynan and Jay C. Shambaugh
Written by The EconoFact Network. To contact with any questions or comments, please email [email protected].
﻿
Stay in the know
Sign up to get the latest memos, alerts on new podcasts, and analyses from top economists straight to your inbox.