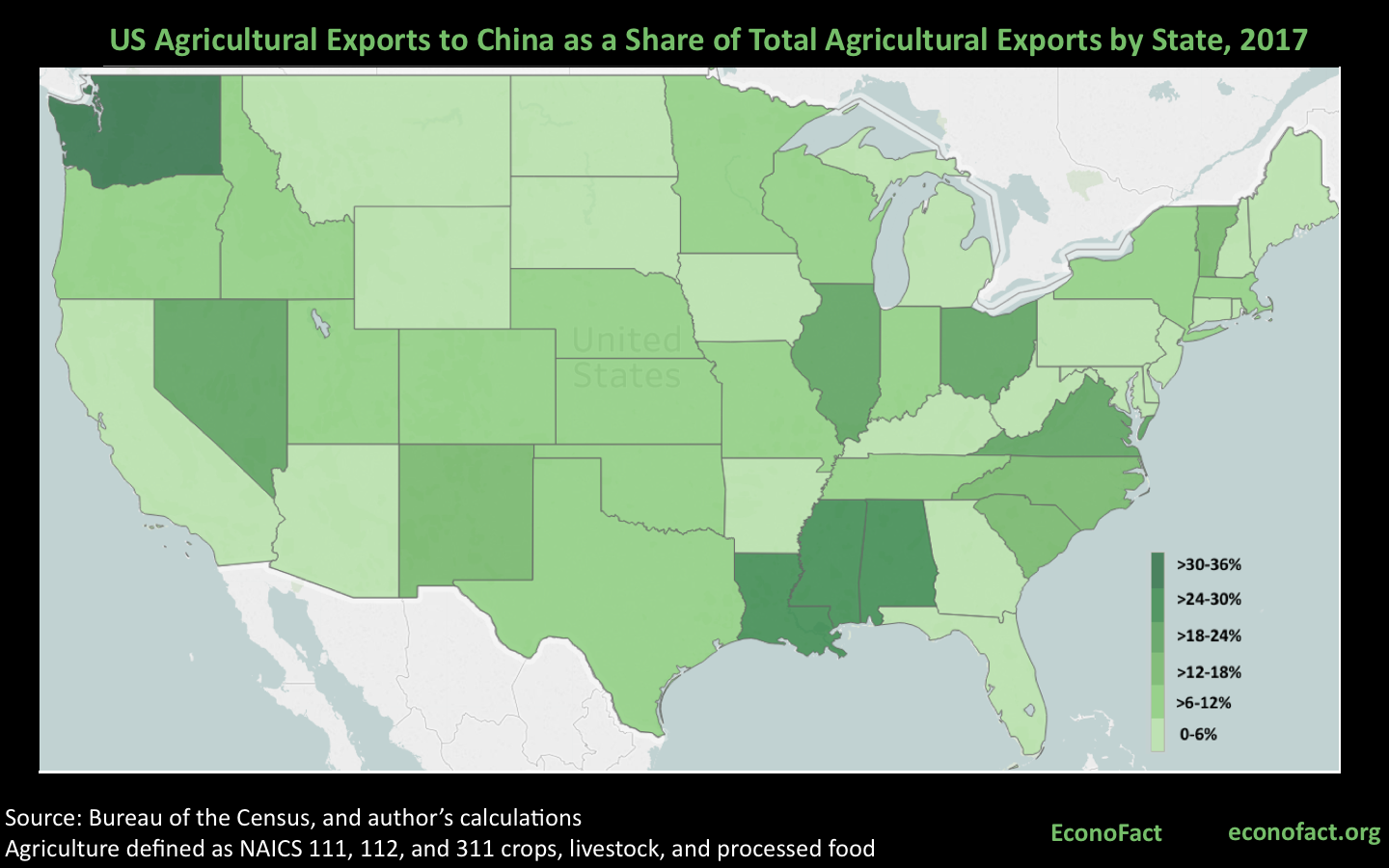 The agriculture sector in the United States depends upon exports for its vitality. Sales of U.S. agricultural products abroad are responsible for 20 percent of U.S. farm income, supporting more than one million American jobs on and off the farm, according to the U.S. Department of Agriculture. The three biggest buyers of American agricultural products are China, Canada, and Mexico. Yet trade with these three countries faces heightened uncertainty. The Trump Administration is in the process of renegotiating the North American Free Trade Agreement (NAFTA) with Canada and Mexico, which includes the option of exiting the deal altogether. In addition, the United States imposed a number of sanctions on our other trading partners, including China. These sanctions have spurred retaliation that has already harmed some agricultural exports. Policies implemented and under consideration by the Administration have sparked moves to restrict imports from the United States, putting downward pressure on prices for and quantities of several U.S. agricultural exports. The farm economy is already being affected negatively, with the largest single blow coming from the impact on U.S. soybean prices. Withdrawal from NAFTA would constitute another very heavy blow.

What is the Problem of Forced Technology Transfer in China?
by Lee Branstetter
Written by The EconoFact Network. To contact with any questions or comments, please email [email protected].
﻿
Stay in the know
Sign up to get the latest memos, alerts on new podcasts, and analyses from top economists straight to your inbox.