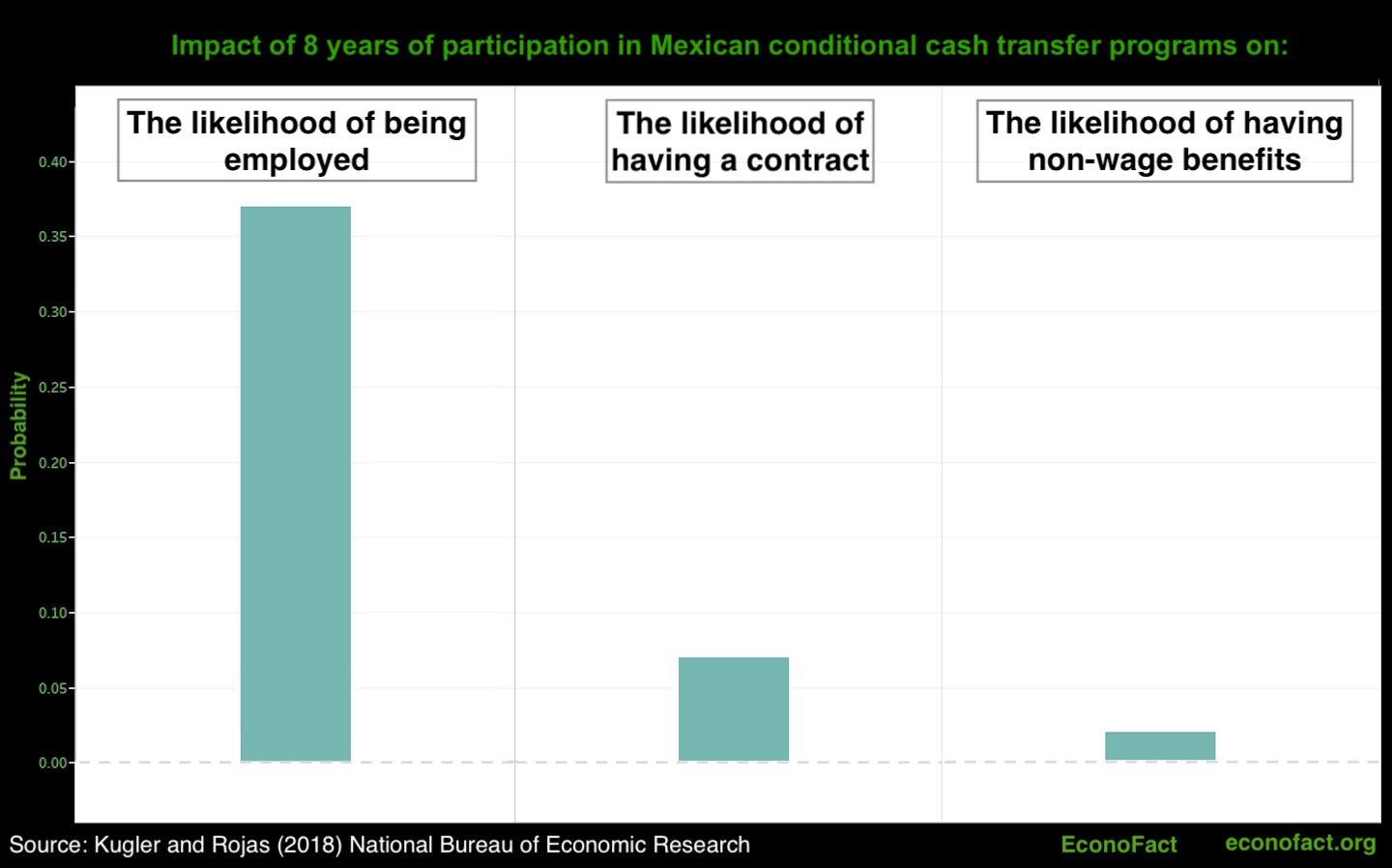 Programs that give cash to the poor in exchange for a commitment to keep children in school or provide them with basic medical care have become among the most important anti-poverty programs in some countries around the world. These conditional cash transfer programs have grown from just two, in Mexico and Brazil in the 1990s, to more than 60 programs that cover millions of people around the world. In the last decade, conditional cash transfers have also been introduced in the United States. These programs aim to provide income-support to the poor, while at the same time incentivizing households to build human capital and, eventually, become self-sufficient. However, their effectiveness has been questioned. Do these programs lift recipients out of poverty and help them become self-sufficient?

Programs increase the ability to provide for families with children while also improving their chances to raise the children's educational attainment.

Conditional cash transfer programs are effective in achieving the dual goals of alleviating poverty and helping individuals from poor households improve their chances of getting out of poverty. The programs increase the ability to provide for families with children while at the same time improving their chances to raise the children's educational attainment. When those children finish school they have a better shot at getting a better job and providing for their own families. While the programs are not perfect and do not achieve all their goals, they are a useful tool for poverty reduction and could be combined with other policies to make them work better. For instance, interventions to improve the schools or health facilities may be important in terms of achieving better quality of education and health. Since they are not targeted to the elderly or childless adults, complementary policies are needed to reach poor households with different demographic characteristics.

How Large a Burden are Administrative Costs in Health Care?

How Large a Burden are Administrative Costs in Health Care?
by Joshua D. Gottlieb and Mark Shepard
Written by The EconoFact Network. To contact with any questions or comments, please email [email protected].
﻿
Stay in the know
Sign up to get the latest memos, alerts on new podcasts, and analyses from top economists straight to your inbox.