By Ann Stevens·January 7, 2018
UC Davis and Center for Poverty Research 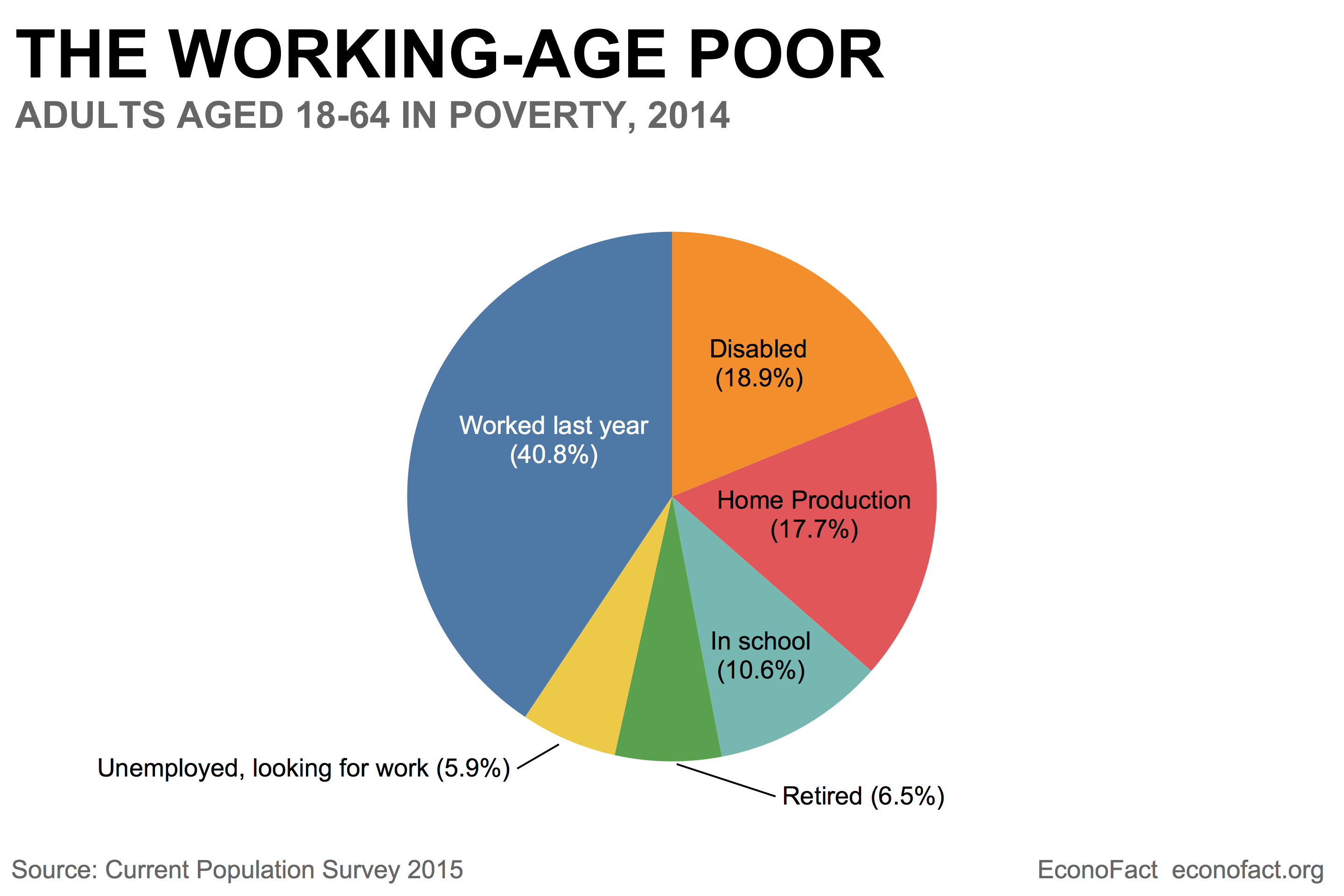 For the past two decades, U.S. anti-poverty policy has coalesced around the idea that work should be at the center of anti-poverty programs. Bi-partisan welfare reform in the 1990s focused on work requirements and time limits. The growth and popularity of the Earned Income Tax Credit (EITC), which increases the after tax income for those working near the bottom of the wage distribution, has also emphasized the importance of work. Recently, proposals to require work for those receiving a variety of benefits, including Medicaid, SNAP, and public housing, continue this employment focus.

It is important to understand how many of those who are poor are able to work, and to what extent working allows people to escape poverty.

Calls to increase work requirements among those receiving government assistance should recognize that most poor adults are already working, looking for work, or are disabled or ill. Increasing work among the poor may require addressing barriers to work including work-limiting disability or illness. While work may be a policy goal on its own, requiring work will not necessarily raise families above the poverty line. Given the level of wages in the lower fifth of the wage distribution, many workers, especially those who are parents, will need 50 weeks or more of full-time work to reach the poverty line.

Tax Reform Threatens Infrastructure Investment
by Daniel Bergstresser
Written by The EconoFact Network. To contact with any questions or comments, please email [email protected].
﻿
Stay in the know
Sign up to get the latest memos, alerts on new podcasts, and analyses from top economists straight to your inbox.