Child Poverty in the U.S.

By Melissa Kearney·February 5, 2021
University of Maryland 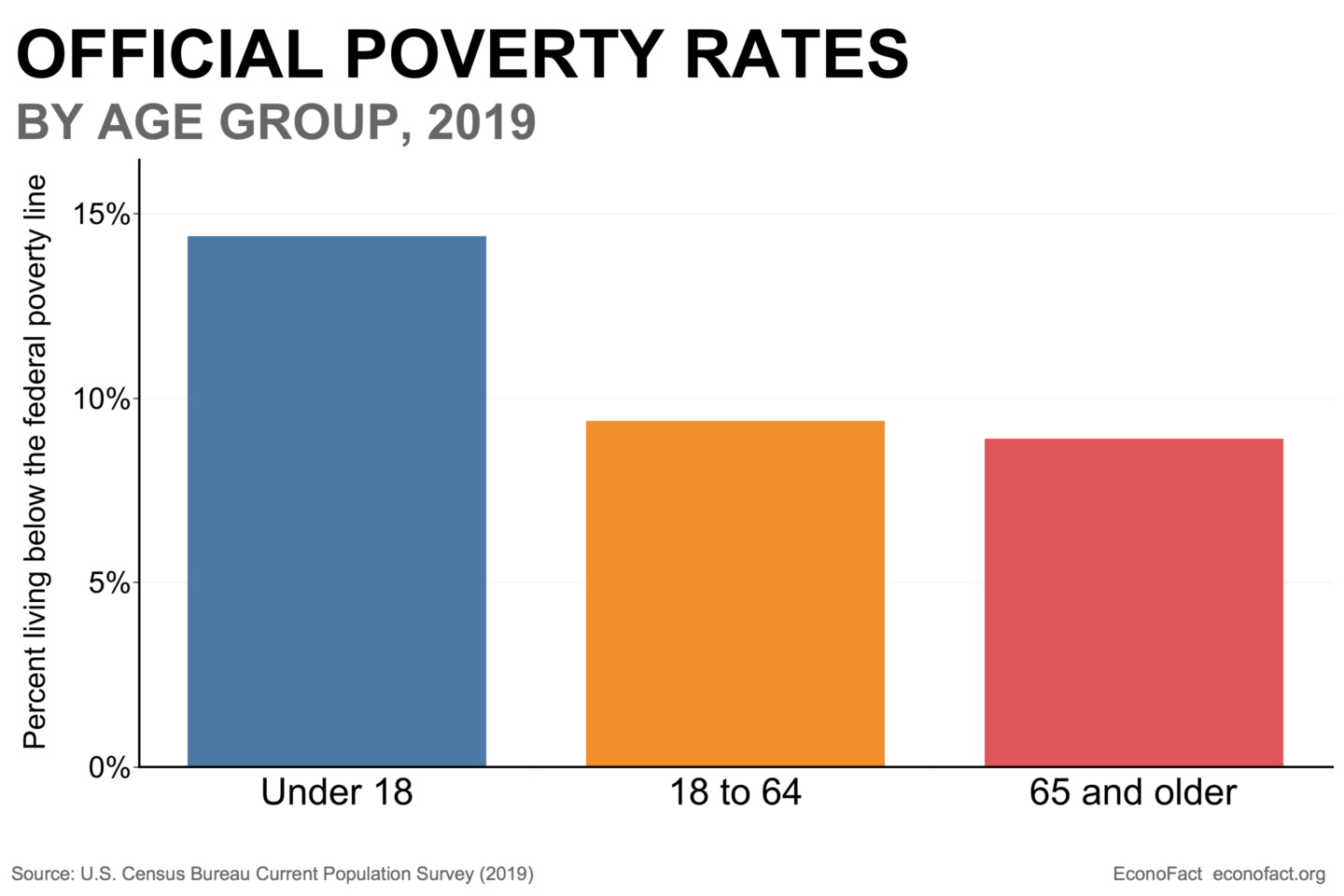 The United States has one of the highest rates of child poverty among high-income countries. While government policies have played an important role in improving the material well-being of poor children over the past four decades, much remains to be done. The cost of driving down rates of child poverty through targeted cash transfers to low-income families would be substantial, but it would take a relatively small fraction of GDP. A meaningful reduction in child poverty would have positive long-term effects for the children whose lives are improved and for society at large.

Expanded safety net programs have improved the lives of poor children in the U.S., but millions of children continue to live in material poverty.

One way to gauge the success of a society is to evaluate how it positions itself for the future; that is, the extent to which it cares for and takes care of its children. Another gauge is how the most vulnerable citizens are treated. Together, these two indicators of success suggest that the United States should do much more to alleviate child poverty. Improving the material well being of poor children would put them in a better position to thrive in school and ultimately be healthy, economically-productive adults. Investing in poor children would not only yield economic benefits for those children, but also for society at large. While recognizing that child poverty compromises the goal of promoting economic opportunity and the future health of the economy, it is also vital that we do not lose sight of the fact that poverty is a human tragedy and speaks to the moral standing of a nation. Rates of child poverty had been falling for a number of years before the COVID pandemic hit. If the political will is there, we could drive child poverty down even further in the years ahead.

Many Families With Children Experience a “Hidden” Source of Poverty

Many Families With Children Experience a “Hidden” Source of Poverty
by Lisa A. Gennetian, Christina Gibson-Davis and Lisa A. Keister
Written by The EconoFact Network. To contact with any questions or comments, please email [email protected].
﻿
Stay in the know
Sign up to get the latest memos, alerts on new podcasts, and analyses from top economists straight to your inbox.