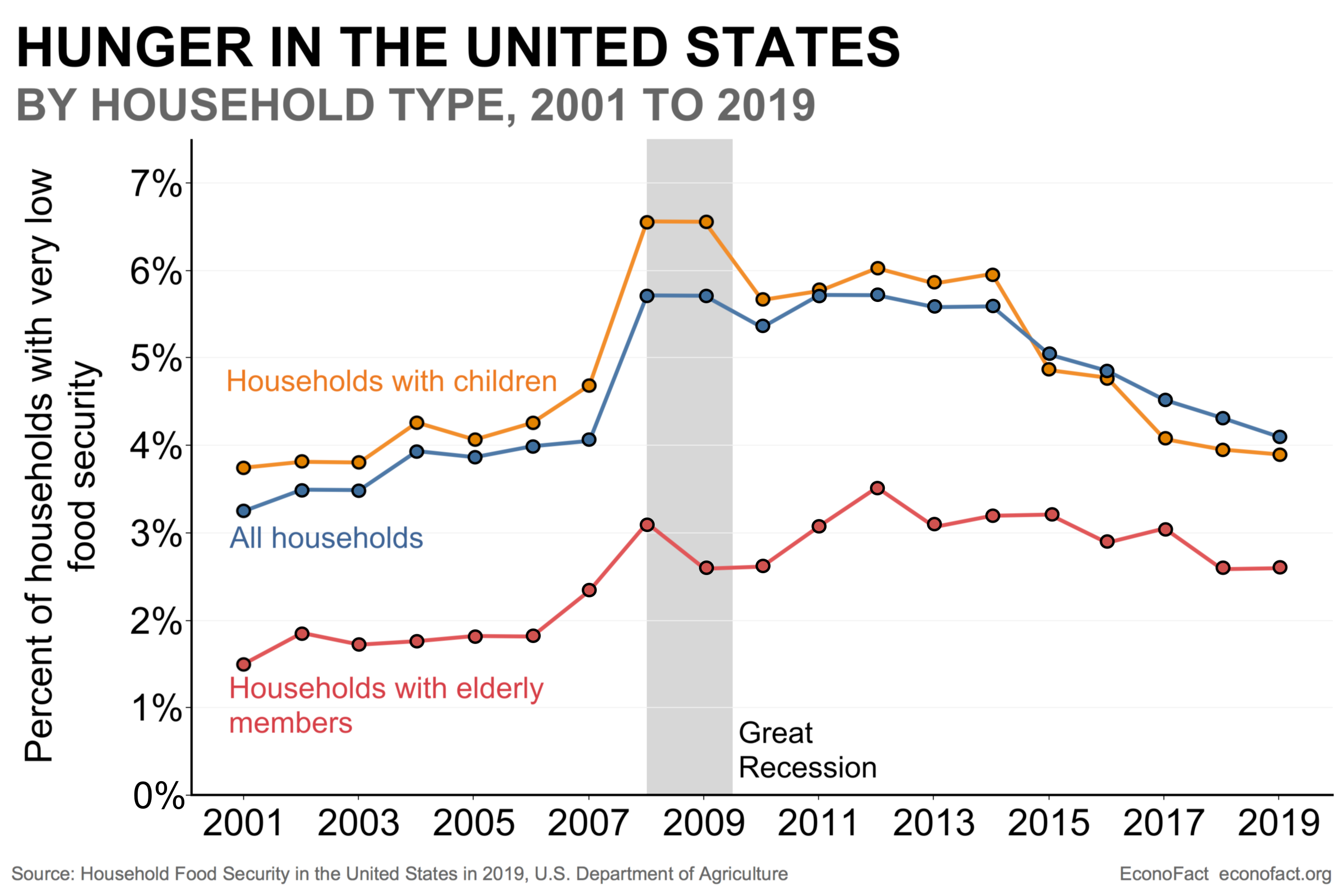 Nearly 12 million Americans experienced hunger in 2019, at a time when the country had record-low levels of unemployment. Not surprisingly, reported rates of hunger climbed dramatically as the economy contracted in the year after the pandemic began. Although reported rates have come down since reaching a peak in December of 2020, hunger is likely to remain an issue for millions of Americans even as the economy recovers. There is evidence that existing government programs, as well as the expansions and enhancements of them put in place during the crisis, can move the needle on hunger. A few modest policy changes could further improve their effectiveness and reach.

Combating hunger and enhancing economic security are greatly assisted by sustained, broad-based economic growth. But, as the experience of the Great Recession showed, hunger can linger even as the economy recovers. We can dramatically reduce, and even eliminate, hunger by better using the tools we have already developed. We can enhance SNAP by aligning its benefits with what it realistically takes to purchase and eat a healthy, basic diet, and by increasing the participation of eligible populations. Further, we can improve participation in other nutrition programs like school meals and WIC. Broader safety net programs that help combat poverty also reduce hunger. The recent expansions to the Earned Income Tax Credit (EITC), Child Tax Credit, and Summer EBT will also reduce hunger; making these expansions permanent will make great strides. Food banks and other charities help meet emergency needs, and for some people facing hunger—such as those with incomes that place them out of the range of most food support programs but have fallen on hard times—are the only source of help. Bolstered by stronger income and nutrition support programs, food banks and the nonprofit sector will be made even more effective in filling remaining gaps and addressing some of the root causes of hunger.

Impact of Disruptions to Schooling and Childcare During the Pandemic

Impact of Disruptions to Schooling and Childcare During the Pandemic
by Elizabeth O. Ananat, Anna Gassman-Pines, Jane Leer and John Fitz-Henley II
Written by The EconoFact Network. To contact with any questions or comments, please email [email protected].
﻿
Stay in the know
Sign up to get the latest memos, alerts on new podcasts, and analyses from top economists straight to your inbox.