Geographic location is important in determining not just where, but whether, a high school senior goes on to college. About 1 in 6 lack a nearby college. 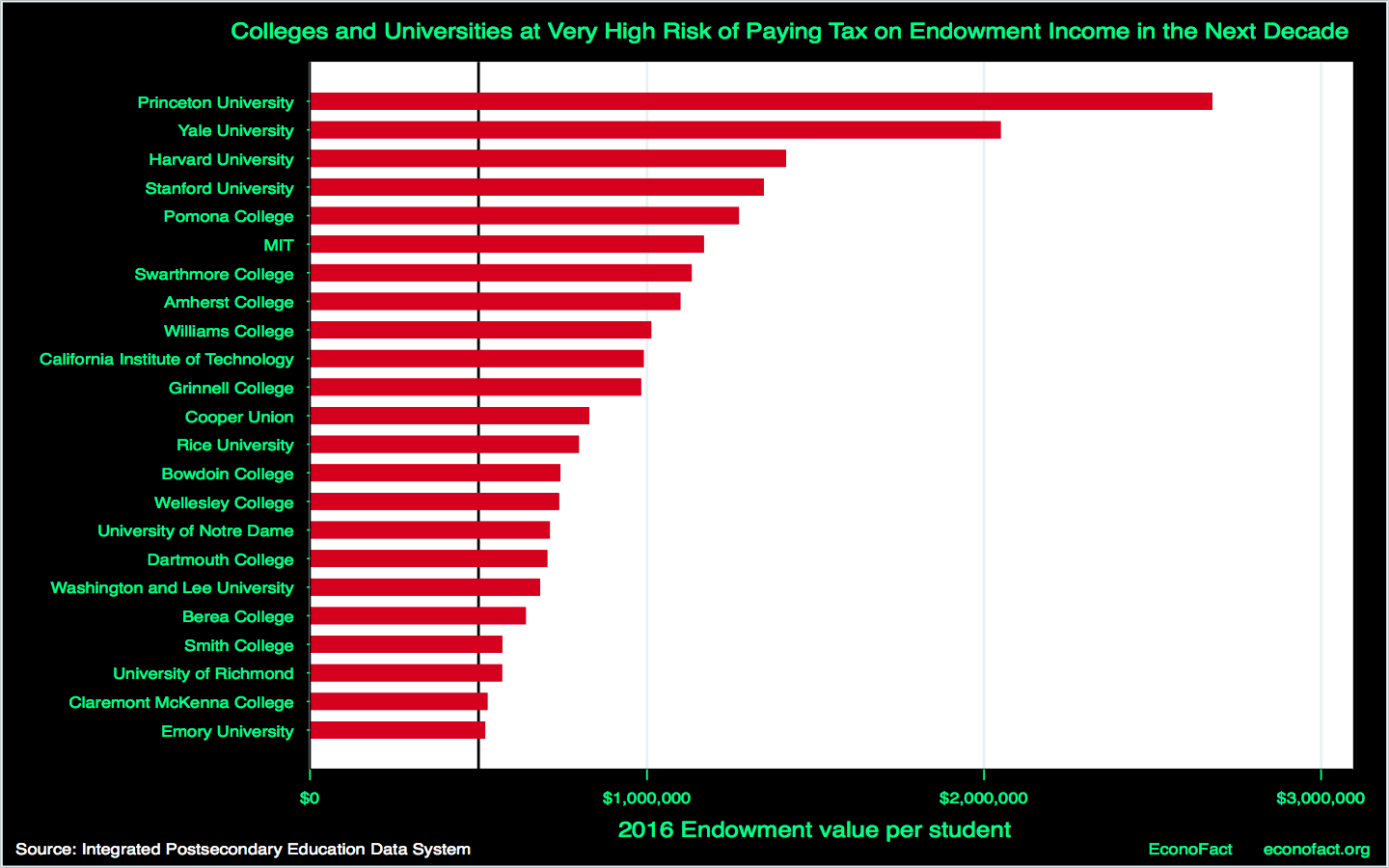 The recently enacted federal tax legislation levies a tax on the endowment income of colleges and universities with large endowments.

(This is an interactive graph. Hovering over the dots reveals institution names.) How much would a college education really cost? Schools are making it easier to answer this question and it may make a big difference for low-income students.