Sea level rise and coastal development mean a higher share of population and property are at risk of severe flooding. The nation's flood insurance program is in the red. By Francesc Ortega and Suleyman Taspinar

People’s economic fortunes are often tied to where they live. Telling people to move to high-income areas in the hopes of raising their economic fortunes downplays the costs and uncertainties of relocating, and also ignores the fact that people are tied to where they live by social connections, not just by their jobs. Given long-standing difficulties in certain locales, as well as more recent downturns caused by economic dislocations, can government programs targeting particular areas succeed in raising the standard of living of people in those areas? 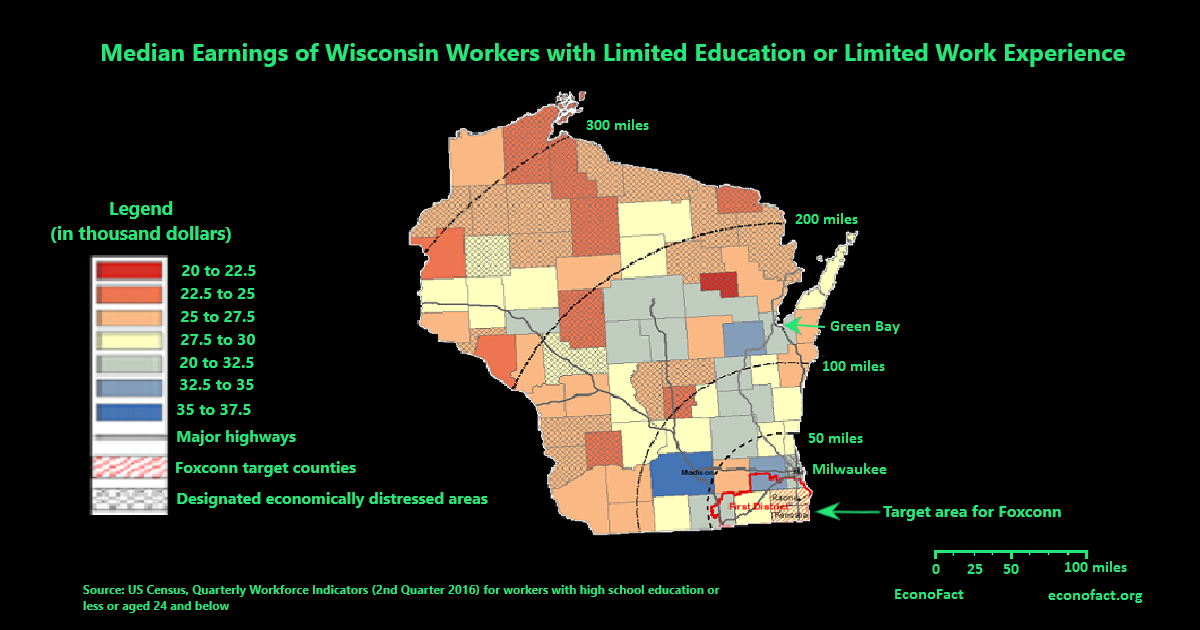 The state of Wisconsin is proposing to subsidize a Foxconn plant in the southeast corner of the state. Will benefits reach the workers in greatest need of help?