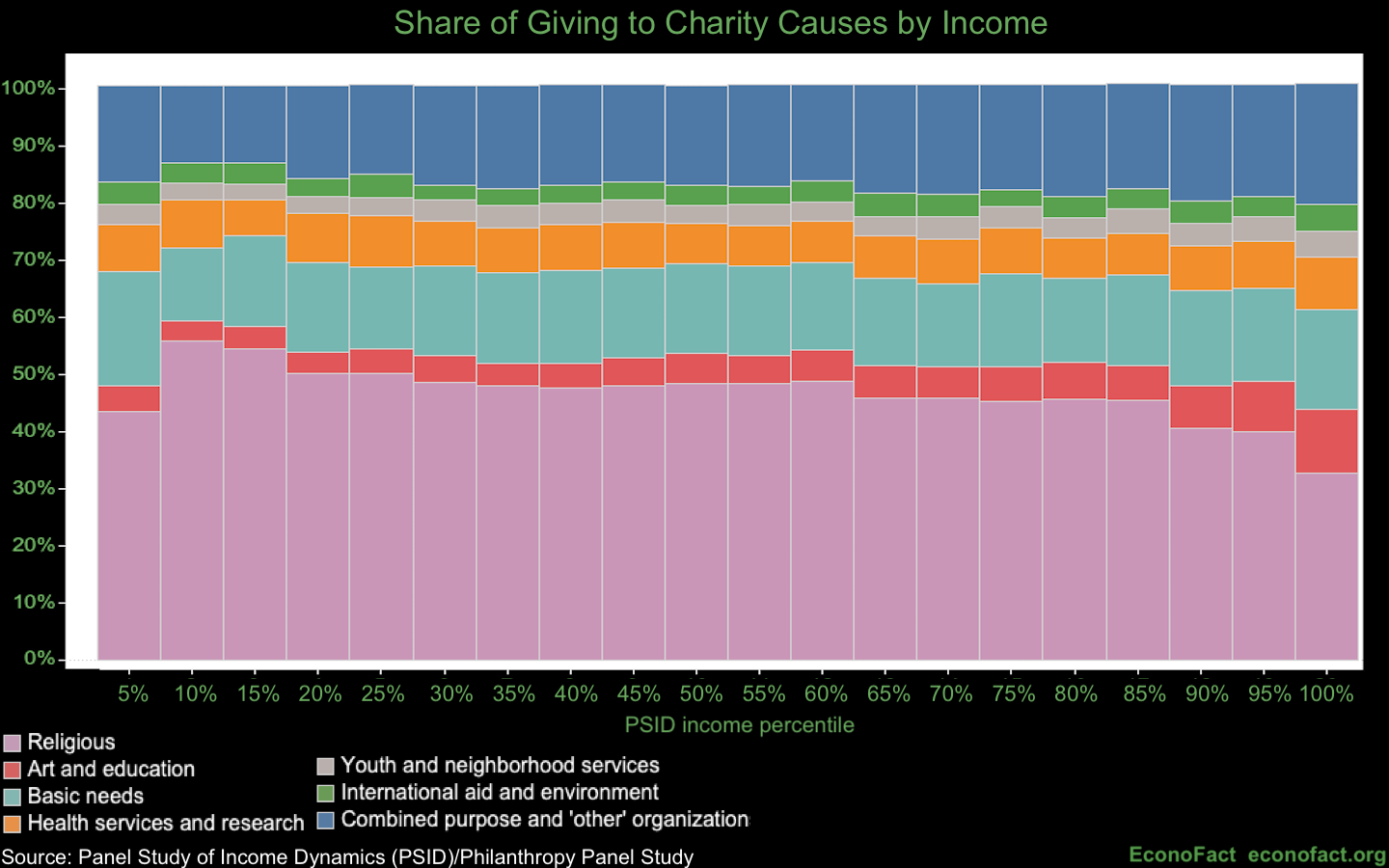 Charitable giving is an important part of our economy and a significant household decision. In 2018, individuals in the United States gave $292 billion to charities – approximately 1.4% of GDP. Households earning over $2 million (0.1% of the population) gave about 30% of the total household contributions in 2016. Yet the well-off have been characterized as being less generous and uncompassionate, though there is little systematic or reliable evidence to support this. Understanding the relationship between income, wealth, and charitable giving has important implications for policies like tax rules that attempt to incentivize charitable giving. The importance of charitable services is especially acute during the coronavirus crisis when need grows in the face of an overstretched government. It is important to understand how charitable giving depends upon income and wealth, which have taken a big hit, to help charities and policymakers be more effective.

The well-off have been characterized as being less generous though there is little systematic or reliable evidence to support this.

When it comes to monetary donations during their lives, we find that the rich are at least as generous, if not more so, than the poor. It is clearly important to take household wealth into account when analyzing donative behavior because households donate out of existing income and wealth. While wealthier people do give more in absolute terms, it is not necessarily the case that the types of people who are wealthy are inherently more generous - households donate more as their own income and wealth increase. According to trends observed from 2000 to 2016, the popular conception that richer people give a smaller proportion of their income is wrong. Prior evidence to this point is likely driven by outliers, insufficient data across the income distribution, or estimation techniques that muddle interpretation.

Prioritizing Testing and Workplace Re-opening Under COVID-19
by Shooshan Danagoulian, Zhe Zhu and Phillip D. Levy
Written by The EconoFact Network. To contact with any questions or comments, please email [email protected].
﻿
Stay in the know
Sign up to get the latest memos, alerts on new podcasts, and analyses from top economists straight to your inbox.