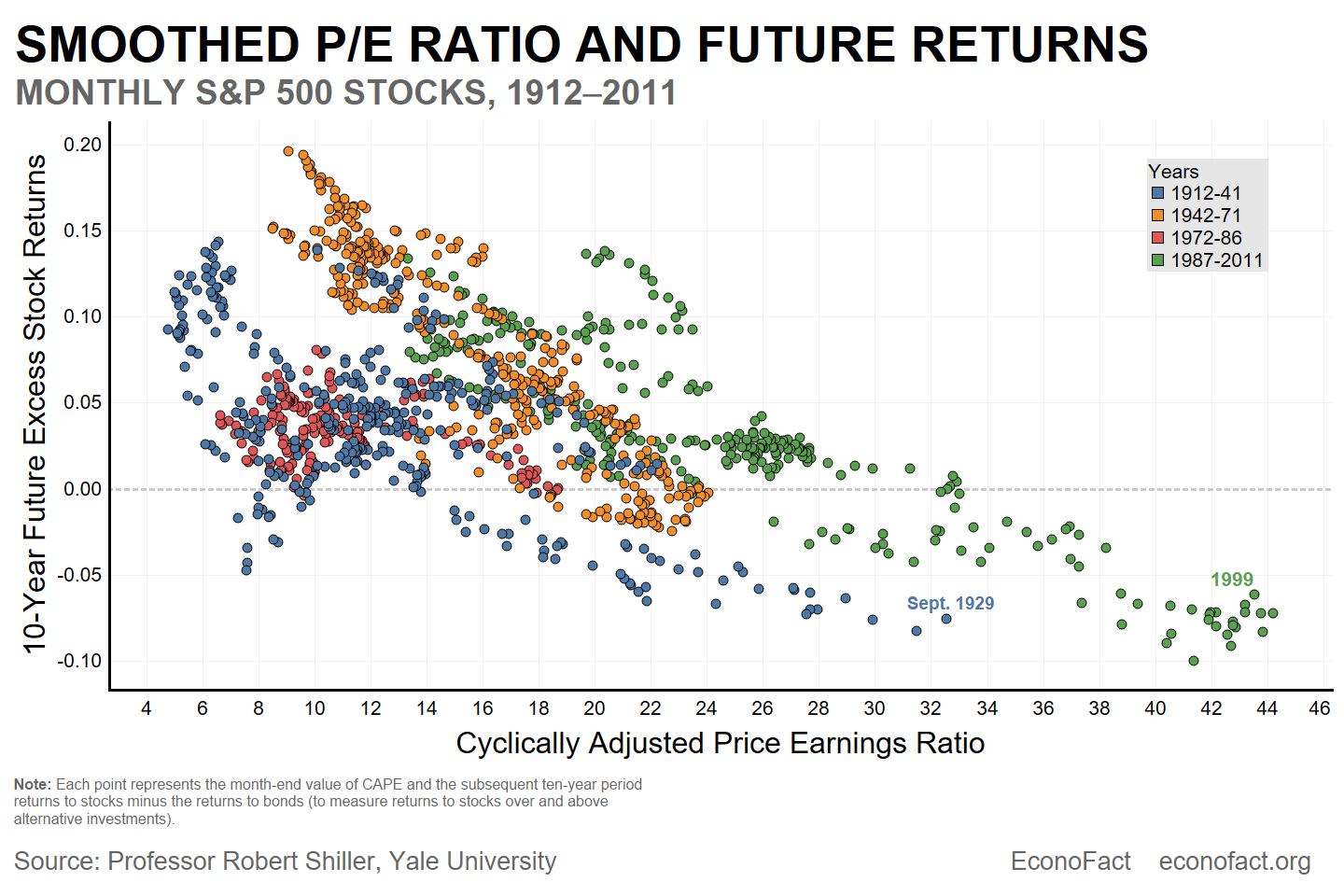 The United States stock market dropped sharply when COVID emerged in March 2020, but recovered even more dramatically afterwards, finishing 2021 up 47% from its end-of-2019 level. Although its current value remains well above its pre-pandemic levels, the stock market has given up about half of those gains since the beginning of 2022, as fears of a recession mount. This has generated a lively debate on whether the market is currently fairly valued and what that means for its future prospects. The theory of equity prices and a historical perspective on benchmark values for the stock market offer some insights on its current value and reasons for its volatility.

The key for whether the S&P 500 is fairly valued at its end-May 2022 level is whether we expect the level of earnings in 2021 to be sustainable.

The key question for whether the S&P 500 is fairly valued at its end-May 2022 level is whether we expect the level of earnings in 2021 (roughly 200 per unit of the index) to be sustainable. First quarter earnings for 2022 were strong, helped by the energy sector, and analyst forecasts for the rest of 2022 and 2023 are as well and indeed have strengthened since the end of the year. But there are alternative views; Chicago Mercantile Exchange dividend futures, whose payoffs are tied to the dividends paid per unit of the S&P 500 in a future calendar year, have declined by 10-15% for years 2024 and later, roughly matching the decline in stock prices. These markets appear unconvinced by the analysts’ optimism. Much is currently being written about how inflation, and the fight against it, will affect earnings. My own view is that the lessons we can draw from the 1970s, when high inflation was accompanied by stagnant earnings, are limited. It matters whether inflation is driven by increases in the costs faced by S&P 500 firms or whether it is driven by their ability to raise the amount by which they mark up their costs. It matters what form any recession induced by inflation fighting takes. Earnings releases are being watched even more closely than they normally are for clues to these questions. While the high value of metrics such as CAPE lead one to worry about overvaluation, even following the market decline early this year, I would argue that the level of CAPE consistent with a fair valuation of the market may well have risen. The key question is whether the high profits of 2021 turn out to be a post-pandemic blip or the new normal.

The Pandemic Drop in Undergraduate Enrollment

The Pandemic Drop in Undergraduate Enrollment
by Nathan Grawe
Written by The EconoFact Network. To contact with any questions or comments, please email [email protected].
﻿
Stay in the know
Sign up to get the latest memos, alerts on new podcasts, and analyses from top economists straight to your inbox.