What Different Measures of Inflation Tell Us 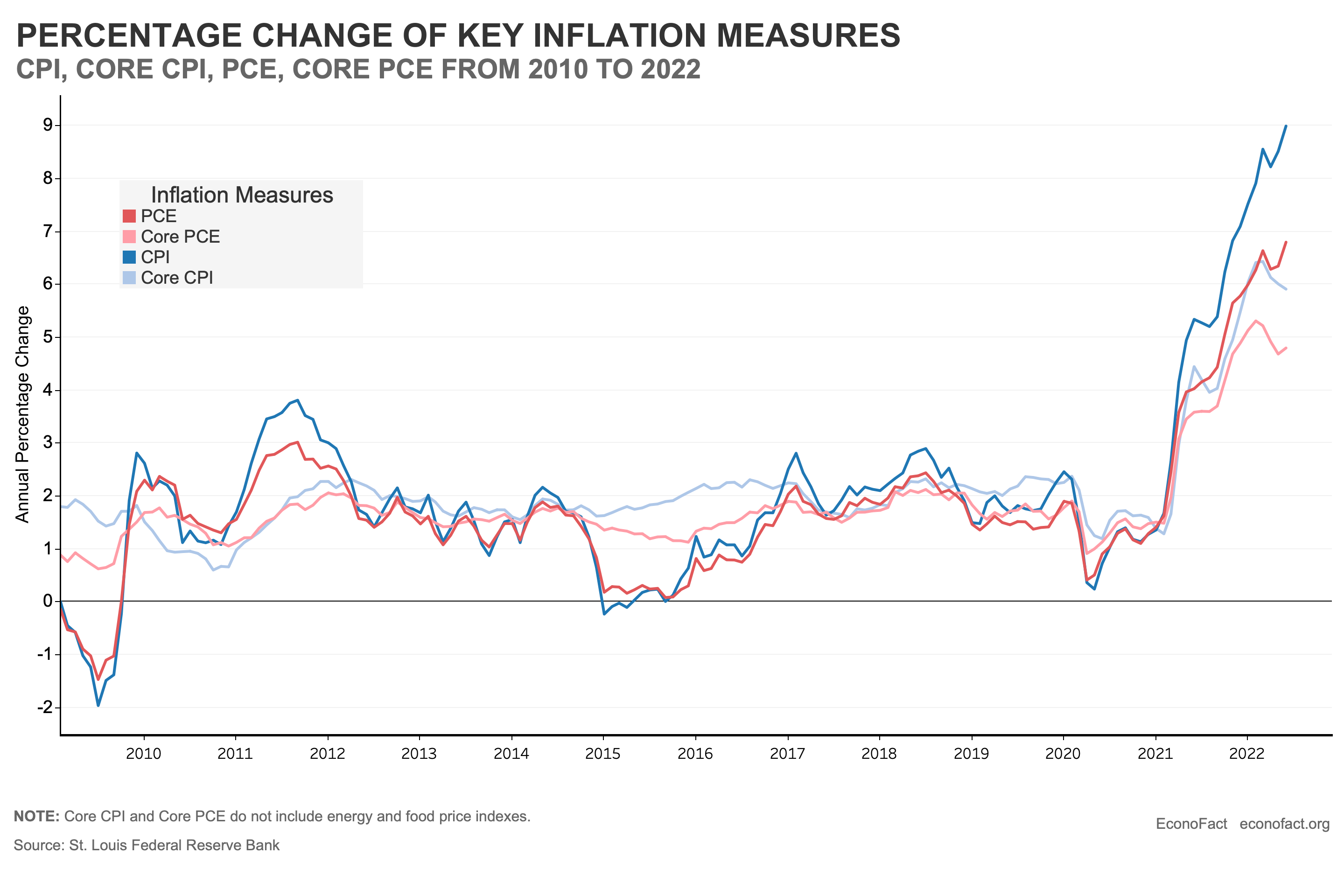 Measuring inflation — the rate of change in the level of prices — requires comparing the prices of a basket of goods and services over time. While that idea sounds straightforward in principle, measuring inflation in practice is more complicated. What goes into the chosen basket of items whose prices are to be tracked over time and how prices of these different components are combined can vary from one inflation gauge to another. That being said, no matter how you measure it, inflation is the highest it has been in the United States in decades. Some measures of inflation aim to capture changes in the overall cost of living while others are intended to gauge a more generalized trend. Moreover, the rate of inflation experienced by different households and different sectors of the economy can range widely.

Some measures of inflation aim to capture changes in the overall cost of living while others are intended to gauge a more generalized trend.

By any measure, inflation has surged in the past 18 months with rates well above the Federal Reserve’s 2 percent target. Although the headline CPI has received the lion’s share of media attention, other inflation measures are important and serve different purposes. Key differences include what is covered by the index and how prices of different items are combined to construct an overall index. Moreover, some measures capture overall changes in the cost of living, while others focus more on the underlying trend in inflation. Another important aspect of official inflation measures is that they are designed to capture inflation for the “average” household, and most households’ inflation experience will differ from that reflected in official measures.

Food Inflation in the U.S. and Abroad
by Alberto Cavallo
Written by The EconoFact Network. To contact with any questions or comments, please email [email protected].
﻿
Stay in the know
Sign up to get the latest memos, alerts on new podcasts, and analyses from top economists straight to your inbox.