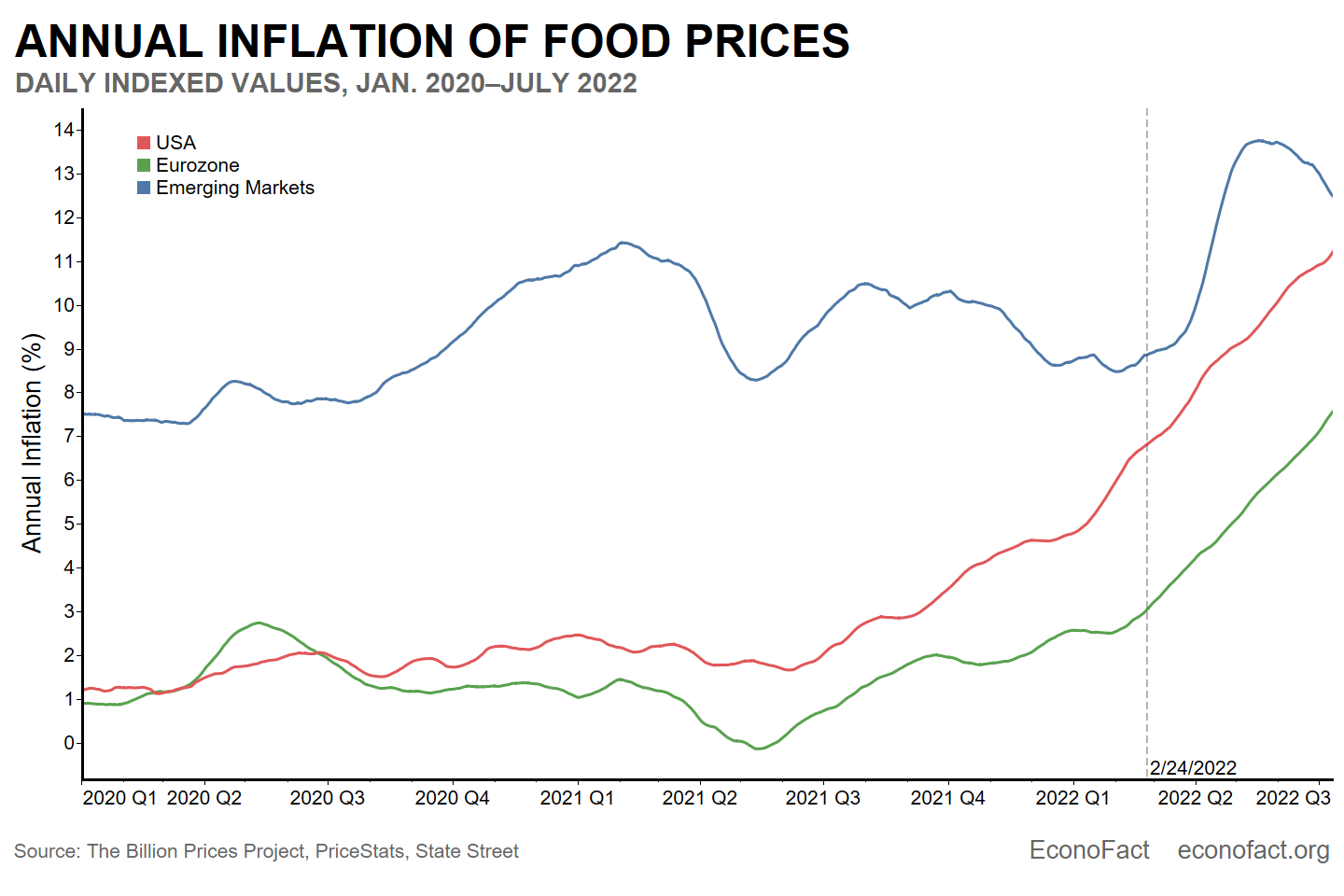 Food inflation has been one of the main drivers of inflation in the United States and other countries. Food prices started to increase in mid-2021, as higher distribution costs, labor shortages, commodity price increases, and persistent shortages affected the sector. In 2022, this trend was exacerbated by the war in Ukraine, with food inflation increasing in developing countries first, and more recently in developed economies. The pace at which food prices rise matters not just because it directly impacts household budgets, especially for those at the lower end of the income distribution, but also because the visibility of food price changes helps to shape the public’s expectations of inflation which itself can contribute to higher inflation.

Annual food inflation is now 8.8% in the U.S. and eurozone, up from an average of 1.6% in the decade before the pandemic. The pandemic and the War in Ukraine continue to put significant pressure on global food inflation. These price increases have already caused unrest and political pressures in many countries and may contribute to a persistent increase in inflation expectations. The pressure is shifting to advanced economies, which are experiencing levels of food inflation that are worse by historical standards. These trends show few signs of slowing in the short run, suggesting the pressure will remain for the remainder of 2022.

Rules, Regulations, and Social Benefits (UPDATED)
by Sandra Black
Written by The EconoFact Network. To contact with any questions or comments, please email [email protected].
﻿
Stay in the know
Sign up to get the latest memos, alerts on new podcasts, and analyses from top economists straight to your inbox.