The Pandemic Drop In Food Insecurity Among Families With Children 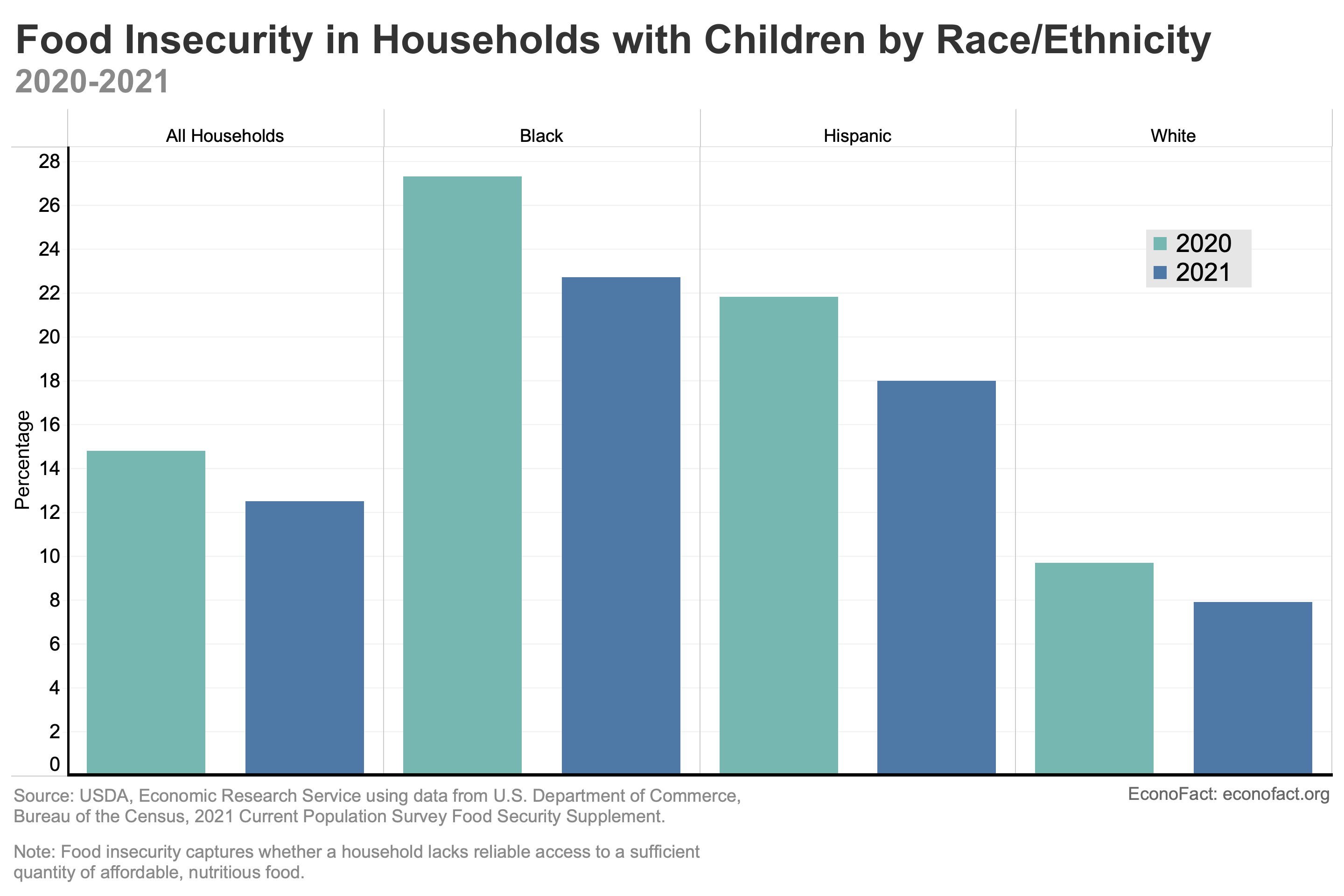 In 2020 at the onset of the COVID pandemic, federal, state, and local governments responded with historic and unprecedented levels of support to protect American families from the dual blow of a health crisis and massive employment loss. The impact of this investment was equally unprecedented and is now becoming apparent in official statistics. Child poverty and the share households with children facing food insecurity fell to all-time lows in 2021. Looking at the success of the policies enacted — and where they fell short — provides lessons for the effectiveness of social investments in reducing food insecurity and child poverty going forward. This is especially important at a time when the positive trends are showing signs of reversal with pandemic aid ending and the highest rate of inflation in decades.

Looking at the success of the policies — and where they fell short — is especially important when the positive trends are reversing with pandemic aid ending and the highest inflation in decades.

Economics of Infant Feeding in the U.S.

Economics of Infant Feeding in the U.S.
by Laura Stilwell and Lisa A. Gennetian
Written by The EconoFact Network. To contact with any questions or comments, please email [email protected].
﻿
Stay in the know
Sign up to get the latest memos, alerts on new podcasts, and analyses from top economists straight to your inbox.