Risks of Growing Debt vs. Fiscal Stringency in the COVID-19 Crisis

By William G. Gale and Zachary Obstfeld·May 11, 2020
The Brookings Institution and EconoFact 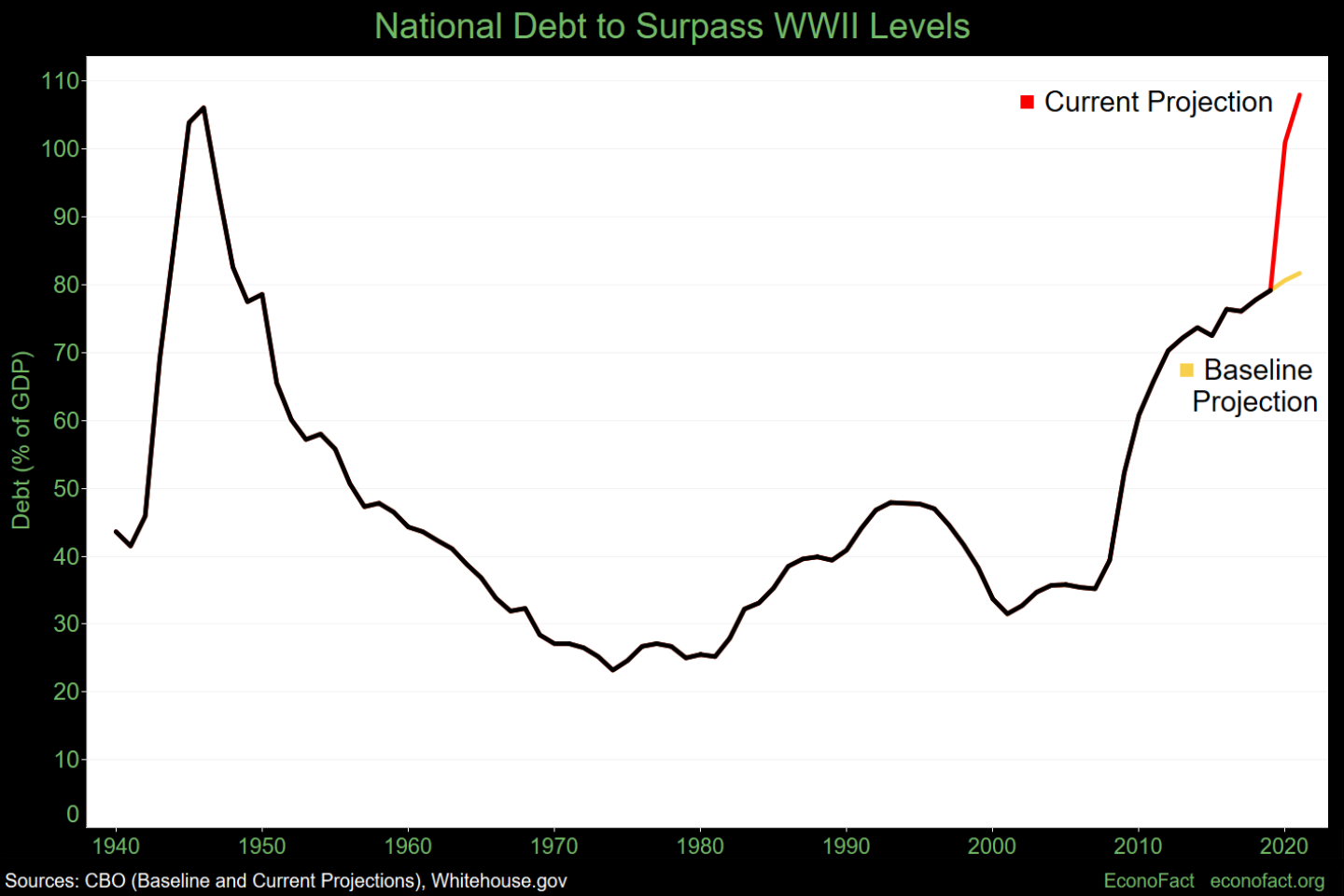 The U.S. government has responded to the severe economic downturn brought on by the coronavirus crisis with several major relief packages at an estimated cost over $2.9 trillion so far.  Some political leaders are now questioning further government spending, pointing to sizable long-term fiscal shortfalls. But there are no signs that the economy is poised to rebound any time soon and a continuing deterioration poses high downside risks. As one example, since state and local governments face constraints on borrowing; the fall in revenues that they experience as the economy turns down would force spending cuts that would in turn drive the economy down further. Federal relief is necessary to prevent widespread layoffs and disruptions to vital health and human services that states provide for their residents. What commonalities and distinctions can we draw from other periods when government deficits ballooned in the face of national crises, and what consequences will they have for the current predicament?

Ballooning government debt raises legitimate concerns. But there are also risks associated with pulling back expansionary fiscal efforts too early.

Despite concerns about the long-term fiscal outlook, the government needs to continue to provide support to help distressed sectors survive this crisis. Responding too strongly to the present crisis carries small risks and relatively low costs compared with a response that falls short. The recovery from the economic crisis caused by the coronavirus pandemic, as well as the important financial lifeline that fiscal policy can play, would be derailed by fiscal stringency; but ultimately the economic damage cannot be repaired until the underlying disease is under some measure of control. Like a course of antibiotics, an economic relief package is most efficacious when administered to completion.

Income Assistance for Low-Income Workers During the COVID-19 Crisis

Income Assistance for Low-Income Workers During the COVID-19 Crisis
by Phillip Levine and Diane Schanzenbach
Written by The EconoFact Network. To contact with any questions or comments, please email [email protected].
﻿
Stay in the know
Sign up to get the latest memos, alerts on new podcasts, and analyses from top economists straight to your inbox.